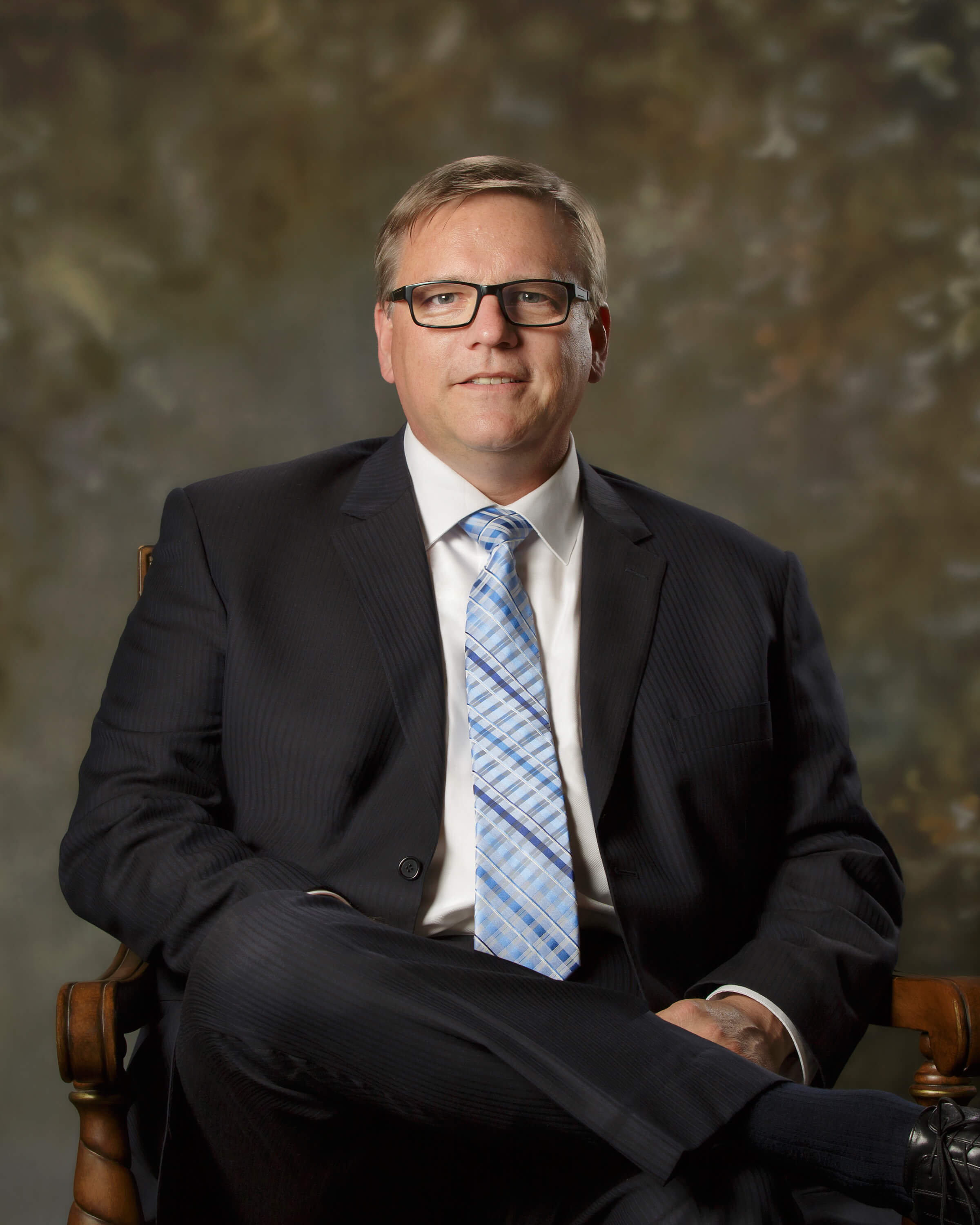 For 22 years, Darryl was a teacher, athletics director, Vice Principal and Principal at Mennonite Collegiate Institute in Gretna. This work was a joy—the natural result of a community which nurtured him as a young boy, and later as a student. For much of these years, non-profit governance was an enjoyable hobby. The community athletic association, arena board, church committees, three credit union mergers and a term on the board of Credit Union Central of Manitoba provided a wealth of experience serving communities. These activities were the setting for leadership skill development in widely collaborative settings. Since 2016, Darryl leads the Mennonite Central Committee Manitoba, as Executive Director. He holds its mission—relief, development and peace in the name of Christ—as a meaningful expression of Faith when shared with the whole human family. Darryl, Colleen and their son James live in Winnipeg. 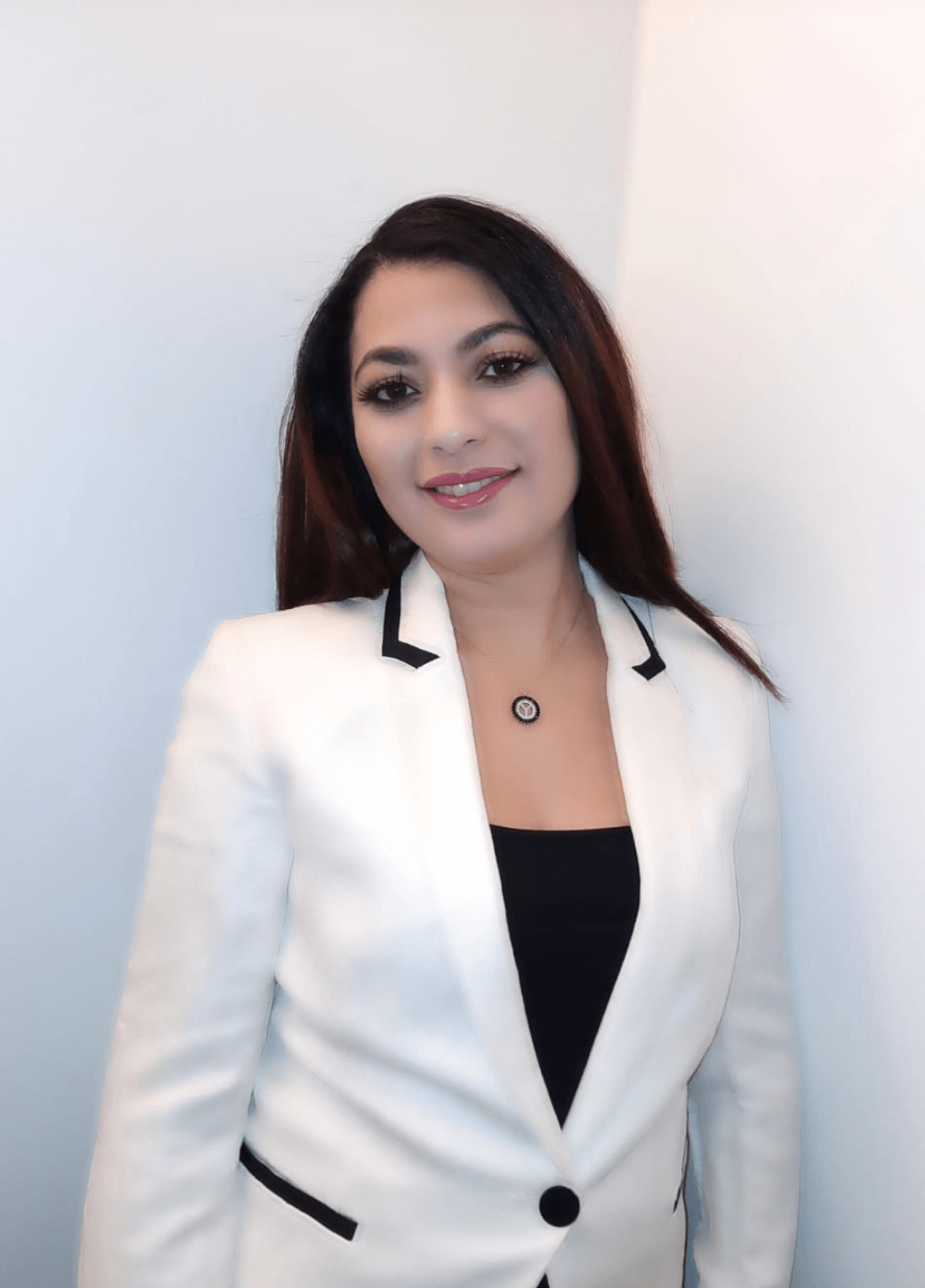 Ghizlane came to Winnipeg from Morocco at the age of 18 to pursue education. As a newcomer in January 2007, Ghizlane faced many challenges, which she overcame with perseverance and good company. She would like to give back to the community, which led her to the Jubilee Fund Board. Ghizlane is passionate about helping others by providing tools to help them carve their own way to success. She attended Laurentian University where she obtained a bachelor of Commerce (Hons). Thereafter, Ghizlane obtained the Chartered Professional Accountant designation. Ghizlane has ten years’ experience in the provincial government in various finance roles. She currently works as a Financial Officer for Emergency Management, a division of Manitoba Infrastructure and Technology. 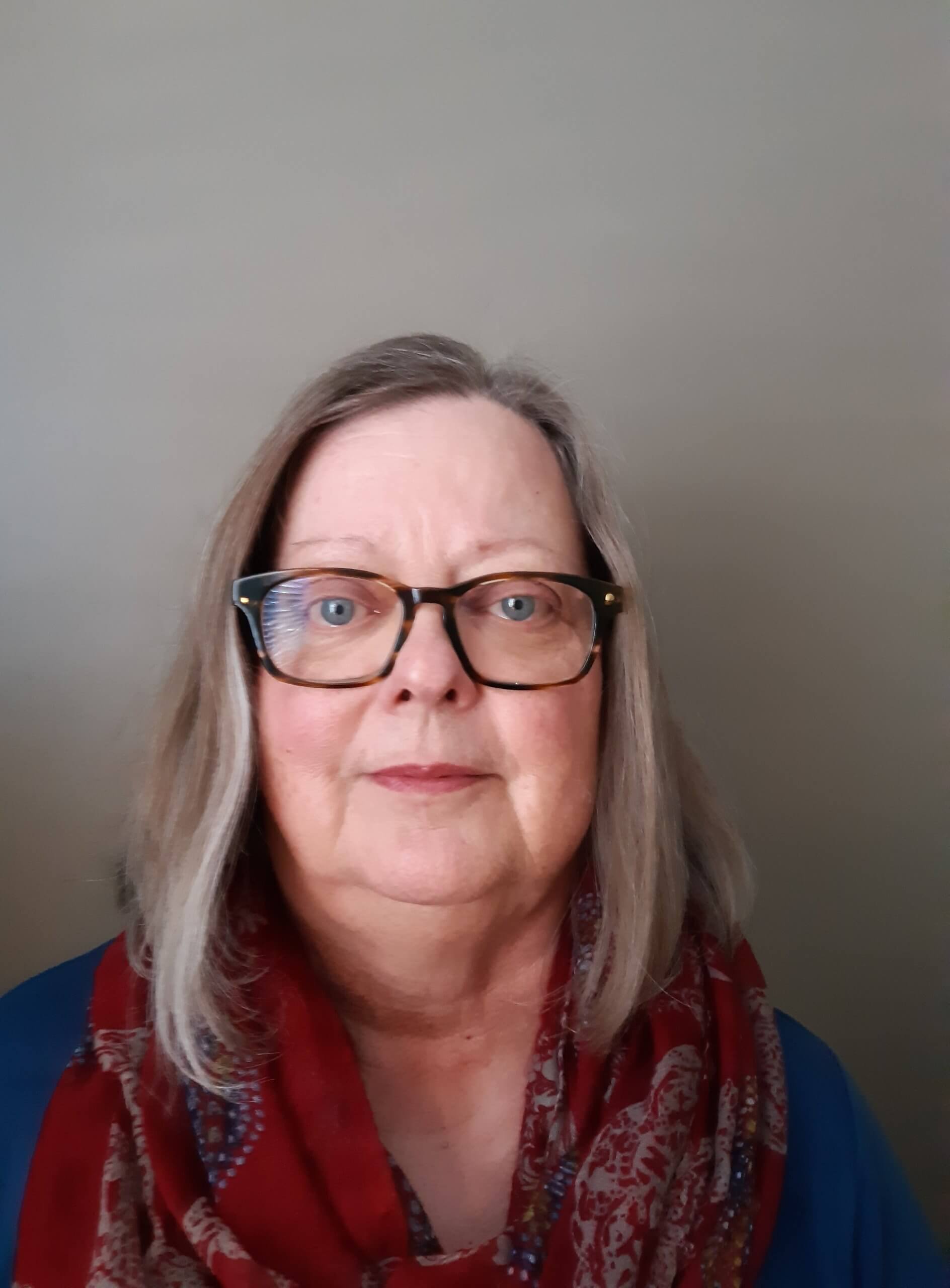 Elizabeth was motivated to be involved with the Jubilee Fund after moving to Winnipeg and getting a firsthand look at the effects of poverty. She is the Chair of the St Boniface Diocesan Council for Development and Peace, the President of the Cook’s Creek Heritage Museum and volunteers in her parish of St Michael’s in Cook’s Creek. She retired over 13 years ago as a unit nurse and Care Team Manager in long term care for nearly 35 years. Since retirement, she has enjoyed becoming a grandmother, being close to her three adult children and their spouses and having the opportunity to pursue her interests and volunteer in her community. After many years of country living, she and her husband relocated to Winnipeg three years ago and enjoy the conveniences of city life while staying connected to their home community. 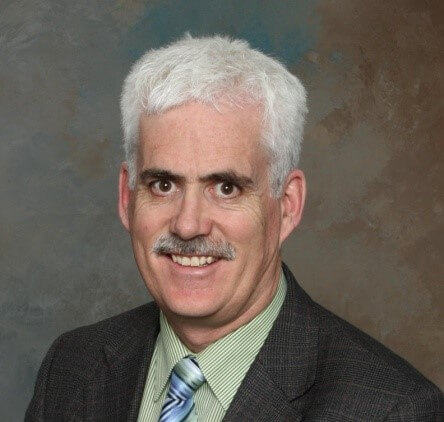 Dan is a proud Manitoban with a keen interest in a broad range of environmental and social issues. He has a diverse background in public policy development, program implementation and operational management. Prior to his retirement Dan was Assistant Deputy Minister responsible for Manitoba’s climate change and environmental protection programs. He represented Canada’s interests at four international climate change meetings, as well as oversaw the successful implementation of the Beyond Kyoto Climate Change Action Plan. Other roles and projects include senior engineering management roles with municipal governments, Executive Director of Sustainable Building Manitoba, other environmental-related projects and various management assignments for clients. Dan currently serves on three boards and volunteers whenever asked. In no particular order, Dan enjoys being a grandfather, trips with his wife, the Winnipeg Blue Bombers, golf and playing racquetball (now pickleball).

Idris grew up in Palestine, and has called Winnipeg home for many years. He holds a PhD from the University of Michigan and is a member of the medical physics department at CancerCare Manitoba and an assistant professor at the University of Manitoba.  He loves being involved in the community and  has volunteered and served through several organizations. from daycare, to mosque to street cleanups. He is currently on the board of the Manitoba Islamic Association, United Way Winnipeg and Hospitality House. He is also a member of the City of Winnipeg Human Rights Committee. Idris loves volunteering with organizations that make a difference and uplift people, and believes Jubilee Fund does just that. 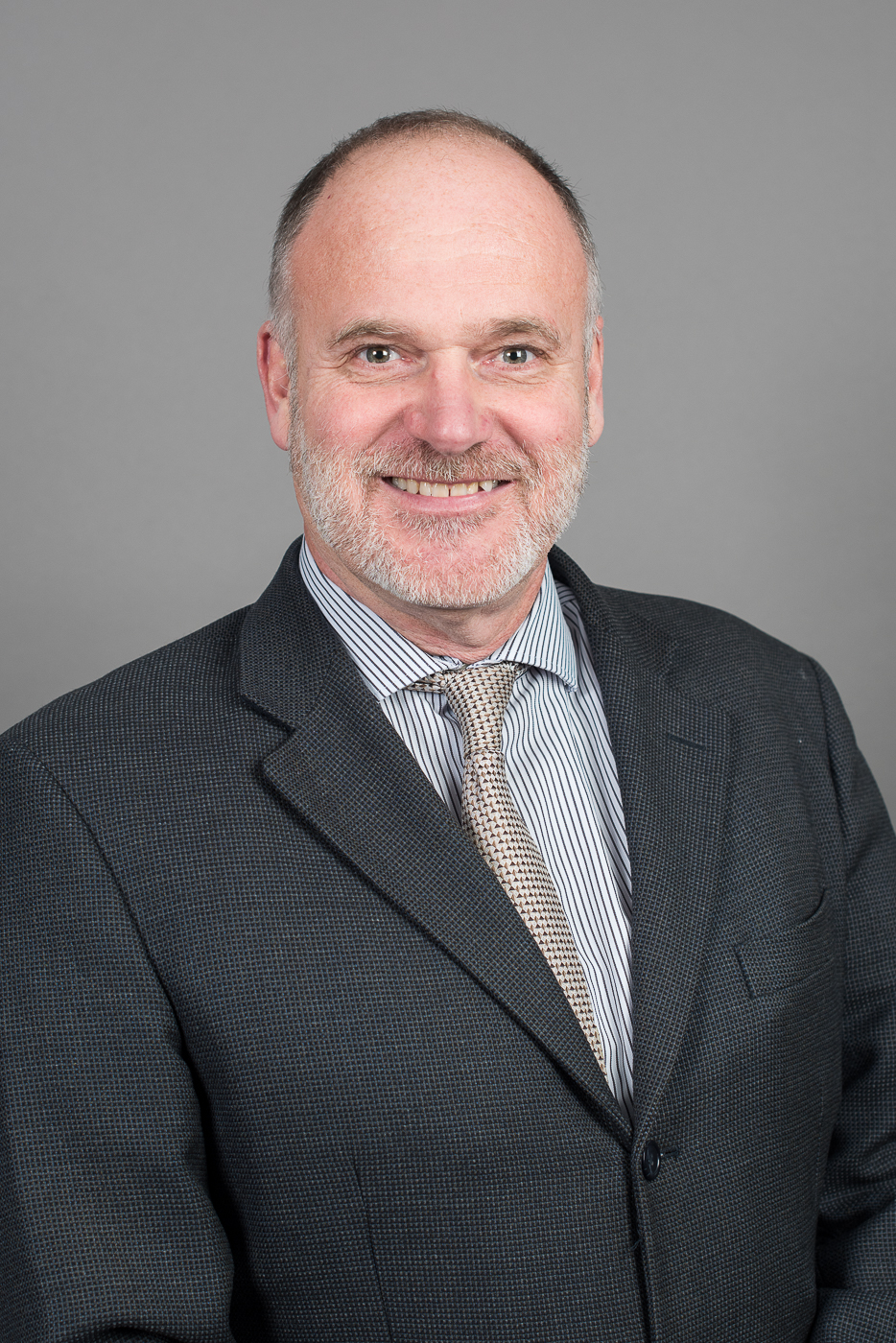 From 1997-2016, John worked as a portfolio manager at National Bank Financial serving a client base that included both high net worth individuals as well as charitable foundations, religious communities, and Catholic organizations. John retired in 2016 and now serves as a consultant to charitable groups in Canada. He is currently involved with the Roman Catholic Archdiocese of Winnipeg as Director of Development. John, his wife Vera, and their two children are members of Holy Family Ukrainian Catholic Parish in Winnipeg. John serves on the Parish Council, the Archeparchy of Winnipeg Finance Council, and is a former Grand Knight of Council 8499. 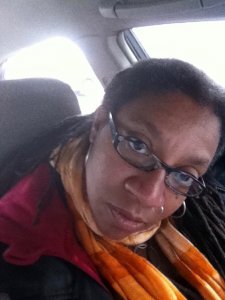 Kemlin is an innovative and collaborative leader who is committed to building a strong and healthy community and to social and environmental justice for all. She has 25 years of management experience working for organizations including Canadian Women’s Health Network, Women Advancement Trust in Tanzania, Canadian Federation of Students, Province of Manitoba and Daniel McIntyre/St. Matthews Community Association. She currently works as a Co-Commissioner for the NDP. Kemlin volunteers her time with a variety of organizations including the Women’s Health Clinic, Manitoba Human Rights Commission, Manitoba Women’s Advisory Council, Workers of Colour Support Network, Winnipeg Folk Festival, Friends of Sherbrook Pool, West End Commons and many others. She also serves on several boards including the West End Cultural Centre, Horizons Magazine and CKUW 95.9 FM community radio station. 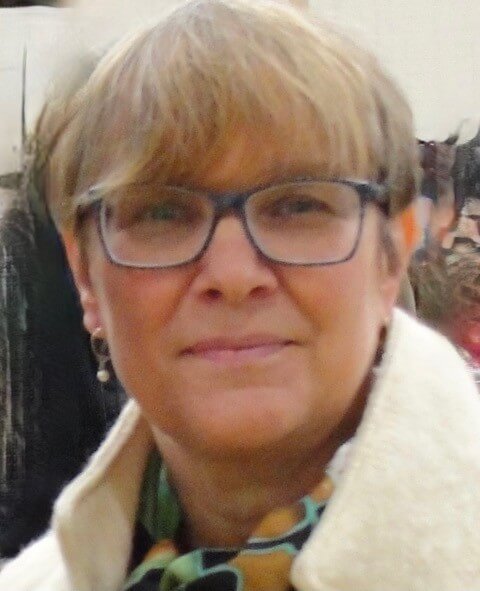 Lynda originally became involved with Jubilee Fund in 1998 at an ecumenical event called Building a Moral Economy. She was involved in the dreaming stages of the Jubilee Fund when she was young. Now years later, she is excited about being involved again. Lynda is a Diaconal Minister with The United Church of Canada. She has lived in Manitoba since 1995 and in that time has served as Conference Minister for Education, Justice and Communication with the Former Conference (now part of the Prairie to Pine Region) and worked with St. Mary’s Road United Church as part of their ministry team. For the past 9 years, she has been the Community Minister at West Broadway Community Ministry where she has increased her capacity to love. In her spare time, Lynda has volunteered with the North American Interfaith network as its Program Conveyor. She has a strong interest in working on issues of justice with people from different faith backgrounds. During her time at West Broadway Lynda received the West Broadway Pillar of the Community Award and the UNPAC Activist Award – Not Afraid to Get her Hands Dirty. She is looking forward to getting her hands dirty with the Jubilee Fund 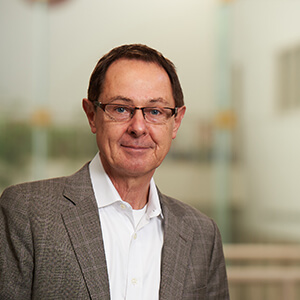 Malcolm is a faculty member at the University of Manitoba’s I.H. Asper School of Business where he has taught various courses as a professor of Marketing and served as Associate Dean and Department Head. He earned his B.Sc. (Hons.) and MBA from Queen’s University and his Ph.D. from the University of Oregon. Since moving to Winnipeg in the summer of 1992, Malcolm Smith has served on community non-profit boards and committees, and supervised numerous student groups in preparing marketing plans for local, small businesses and non-profit organizations. He considers himself fortunate to have had the opportunity to teach courses in China, Taiwan, Thailand, and Ukraine. Malcolm enjoys traveling, gardening, good food, and walks in the Assiniboine Forest. Malcolm will be retiring from the University of Manitoba as of July 1, 2021, and looks forward to using his skills to help the Jubilee Fund achieve its mission. 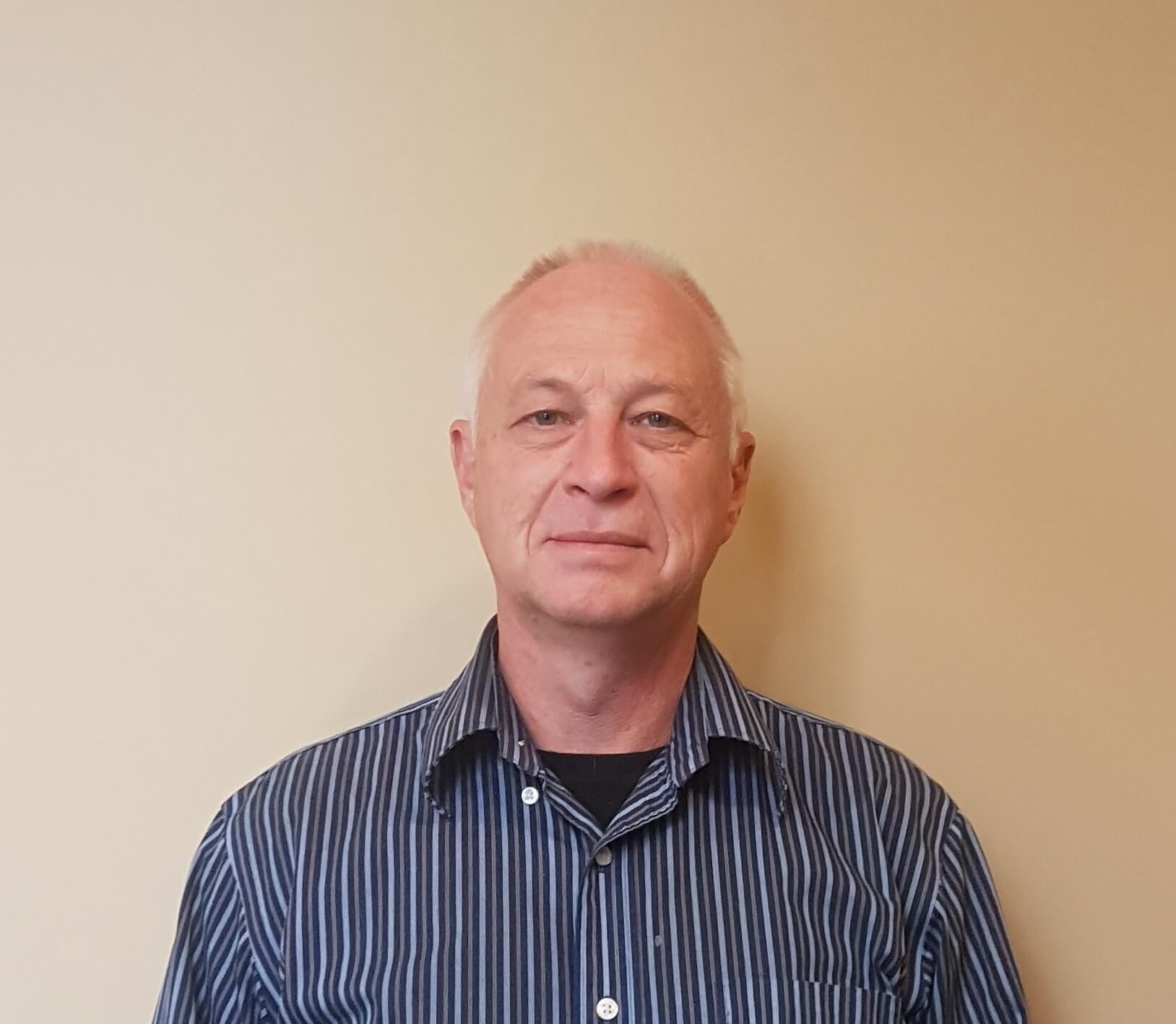 Nico is a Certified Professional Accountant with over 20 years’ experience in the non-profit sector including being instrumental in the start-up of a non-profit organization and leading large teams of administrative and accounting staff. His career includes professional experience locally as Vice President of Finance and Administration for the Heart and Stroke Foundation of Manitoba, Manager of Finance and Administration at the Canadian Mental Health Association of Manitoba and CFO of the Mood Disorders Association of Manitoba. He has volunteered extensively on several boards and finance committees such as the Grand Treasurer of the Grand Lodge of Manitoba and in several capacities with South Winnipeg Family Information Centre and Youth Employment Services. 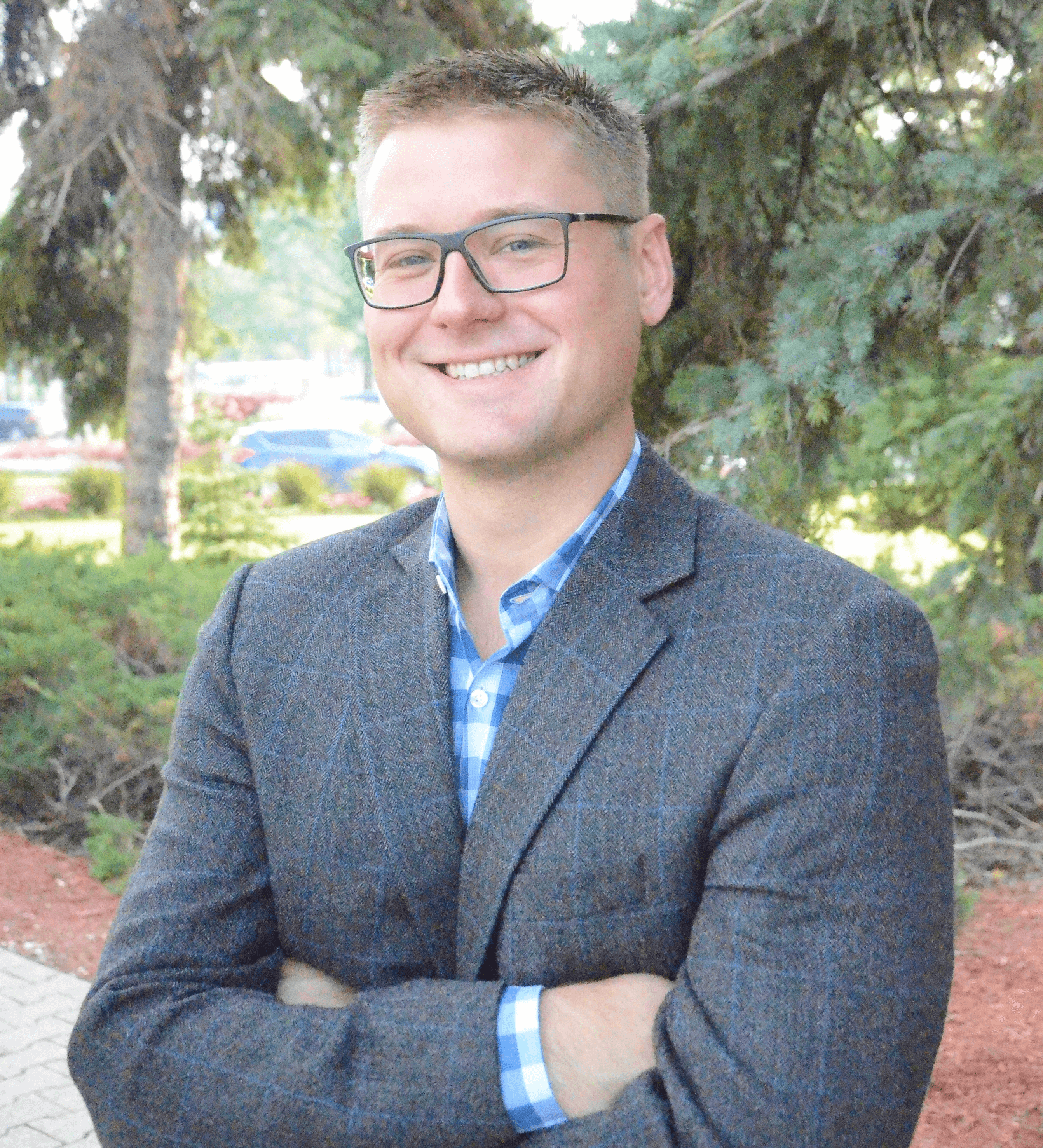 Ryan has over 10 years of accounting experience in various roles throughout his career. Starting within the audit and tax fields in private practice, he has now moved to management roles within industry taking on more extensive leadership and management roles for large private firms. Ryan currently holds the professional designation of a Chartered Accountant, with a basis in accounting and finance through a Bachelor of Commerce (Honours) Degree. Ryan has volunteered on various boards and committees throughout his career, and has a positive outlook on life, the community, and society’s ability to help all individuals.

If you are interested in joining the Jubilee Fund Board, please email us.