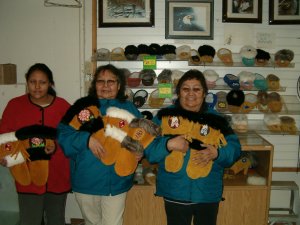 A loan guarantee made possible by Jubilee Fund investors allowed Neechi Commons to put a down payment on the property that the store was built on.

In 2018, Neechi Commons closed its doors due to a large debt and failing sales. While it was a five year struggle, Neechi Commons was successful in achieving its social goals, employing over 45 individuals of First Nations background who received training and learned valuable skills. Neechi Commons also improved access to healthy food in the Point Douglas Community and drew attention to the problem of an inner-city food desert.

A 2016 Social Return on Investments study showed that for every dollar invested into supporting the social objectives of the co-op, $4.70 was seen in social returns and reduced spending in government services that support people living on a low income.

Author: Peter Cantelon, Executive Director I have always believed that there is no such thing as sustain in any organization be that a for-profit or non-profit business. If you are not moving forward, growing, developing, and innovating, you are sliding backward. One of the reasons I believe this is that the work of a non-profit… END_OF_DOCUMENT_TOKEN_TO_BE_REPLACED